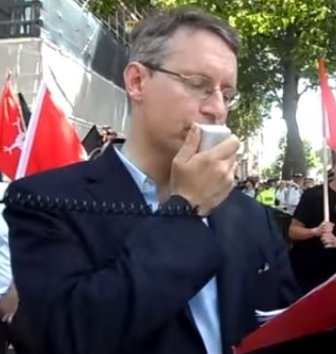 Turner’s “crime” was saying “unhelpful” things about the Jews. In a 2015 speech delivered at a small protest meeting near Downing Street in London Jez Turner said: