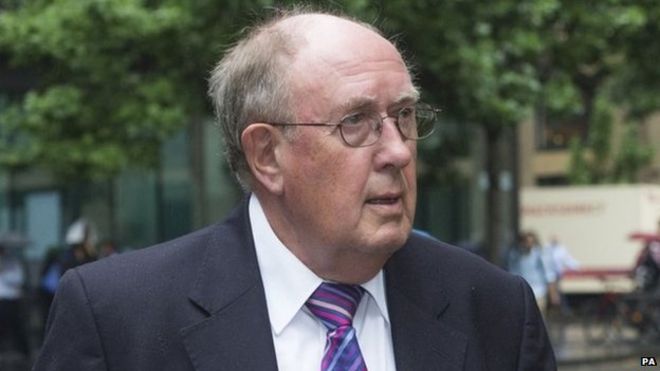 Ashley Mote was an harsh critic of EU Fraud & Corruption, as well as seeking to disclose the Global Security Fund, set up in the early 1990s under the auspices of Jacob Rothschild.

“Mr President, I wish to draw your attention to the Global Security Fund, set up in the early 1990s under the auspices of Jacob Rothschild. This is a Brussels-based fund and it is no ordinary fund: it does not trade, it is not listed and it has a totally different purpose. It is being used for geopolitical engineering purposes, apparently under the guidance of the intelligence services. I have previously asked about the alleged involvement of the European Union’s own intelligence resources in the management of slush funds in offshore accounts, and I still await a reply. To that question I now add another: what are the European Union’s connections to the Global Security Fund and what relationship does it have with European Union institutions?”

My collective investigations into EU fraud and corruption resulted in two visits to the Serious Fraud Office with boxes of documents and evidence accumulated with the aid of a leading forensic accountant, and the former Chief Accountant of the European Commission. Another visit was made to Scotland Yard with documents and evidence of malfeasance against members and officials of the British government. All were ignored.

The Government Resources Act 2000 calls for public accounts to ‘present a true and fair view’, and demands ‘that money provided by parliament has been expended for the purposes intended by parliament’. Why has the law never yet been applied to funds sent to the EU?

My memoirs, A Mote in Brussels’ Eye, encapsulate my defence. The contents have long been in the public domain and the book itself has been selling well all over the world since publication over two years ago. Memoirs link : http://www.amazon.co.uk/A-Mote-Brussels-Eye-Ashley-ebook/dp/B00B40DWMS

the Incitement as punishment

The verdicts against me, delivered after the jury’s lunch and deliberations lasting a mere 90 minutes or so, surprised and shocked me and my legal team.

The trial lasted a full four weeks. It was overwhelmed by hundreds of pages of detailed numerical analysis, much of it disputed. In the end, my five successive days of cross-examination and all the defence evidence and rebuttal counted for nothing. It was obviously ignored.

I am advised we have good grounds for an appeal, and work is starting on it immediately. Meanwhile, the judge has called for reports.

As my many supporters already know, I spent five years after my unexpected election to the European Parliament in 2004 fighting tirelessly towards the UK leaving the EU lunatic asylum, and meanwhile trying to protect the interests of constituents in SE England. Millions of Brits want the UK’s independence and freedom as a global trading nation restored. That was my aim, too.

As my eBook memoirs A Mote in Brussels’ Eye prove in great detail, I was increasingly supported in Brussels by a growing number of bureaucrats turned whistle-blowers, and others, who wanted the EU’s institutionalised corruption and mismanagement cleaned up. During those five years I spent enormous amounts of time and money pursuing that aim. The jury heard little of it.

Despite being based on my daily diary, the book itself was not allowed as evidence in court, except a few specific extracts relating to previous evidence.

This was a huge handicap, as were two other obstacles put in my way by the current judicial system. Despite being 79 and with serious, medically diagnosed, memory problems, I was not permitted to use notes in the witness box. Even worse was the prosecution’s freedom to use my court case in 2007, when the EU tried to exploit a legal situation to unseat me, as evidence against me in this case, too. I have effectively been tried twice on the issue of my benefit claim when I was out of work 20 years ago.

Together with the understandable current climate of cynicism against anyone in politics, with hindsight these factors combined to make a successful defence virtually impossible.

Surprised at the outcome? Yes. Bitter at the current judicial system? Yes. Beaten? No.