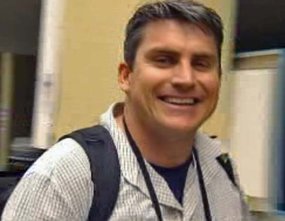 Brendon O’Connell, stalked, beaten, jailed and exiled For Speaking Out Against the Zionist lobby. Australian whistleblower, Brendon O’Connell ARRESTED in New Zealand for exposing the Australian government and the infiltration of Zionist elements.

For those of you who don’t know what he’s about:

When they arrest me in Australia I am going to war with the Western Australian establishment. I will operate every non violent, non compliance trick in my repertoire, and I have a few. The aim – to force a parliamentary inquiry and funding for the High Court. The simple fact is, Zionist Power is to great to expect politicians to act independently. You have to force them.

The best method is the hunger strike. Because of my 2012 hunger strike the Western Australian prison system changed the rules on hunger strikes. It is considered “self harm”. So, now, the prison will force feed a prisoner after 10 days. If you resist, they will render you unconscious with drugs. Place you in an ICU and feed you via TPN – an IV tube administering “Total Parental Nutrition”. That IV access is also good to administer all sorts of things while they’re at it. So, make sure you ring around the hospitals – Royal Perth Hospital, Sir Charles Gairdner Hospital, Fiona Stanley Hospital.

With articles like this he is not exactly loved by the Zionist Jews who prefer to operate in the dark, to keep their activities in the dark corner of human consciousness.
https://jdavismemphis.com/2017/04/27/israel-the-greatest-spy-machine-of-all-time-operation-talpiot-and-the-technion/

Jesus Christ promised that just before he is returning, they will be exposed and all lies and darkness brought to the light.

The arrest of a Perth man Brendon O’Connell, 38, for thought crime offences is condemned by Australia First Party as the very model of a KGB/Gestapo operation, that sort of political arrest once the target of liberal-democratic free speech advocacy. Not any more. Mr. O’Connell has criticised Israel and the Zionist ideology that underpins it in the treatment of the Palestinian people. This is his crime. Given that the so-called democratic Australian government supports Israeli state crime and offers up the lives of Australian soldiers, not to strike at Islamic militants but to defend the big-picture Zionist interest in the Middle East, we interpret this arrest as one of the most significant political free speech challenges of modern times in Australia. It strikes at the right of the Australian people to work out their own independent line on the Middle East.

The Western Australan political police State Security Investigation Group has arrested Mr. O’Connell and charged him with “conduct with intent to incite racial animosity or racist harassment”. In other words, a political police agency has direct powers of arrest against a citizen for the exercise of his free speech. Mr. O’Connell now faces 14 years imprisonment. And liberal democrats rail against fascism and communism!?

IMr. O’Connell had published some videos on U-Tube. He is seen on film in front of Perth’s Bell Tower and at a South Perth supermarket. The political police accuse him of making anti-Semitic comments. The allegation of anti semitism is one big furphy. Mr. O’Connell is a Christian and he is entitled to criticse Judaism, just as followers of that religion may – and do – criticise Christianity or Islam in the most strident terms. At the level of religious debate, strong language is to be expected and allowed. What is really at issue in the arrest of Mr. O’Connell is his criticism of the Zionist ideology and the state crime of Israel. With the escalation of the false and hopeless war in Afghanistan, a political police agency now strikes at a critic of Zionist policy. We say openly that this is because more and more Australians, whilst maintaining their awareness of a serious question internationally and locally with Islamic extremism, are beginning to see Israeli state crime and the Zionist ideology as prime causes of this very problem.

Western Australian Opposition Multicultural Interests spokesman Labor Party MP John Hyde, who served as the fingerman, alerting police, Jewish community leaders and the Ethnic Communities Council of WA about the videos,.has praised WA Police for using the anti-vilification laws to lay the charges. He was quoted as saying: “Members of the multicultural community can take comfort in the knowledge that this alleged race hate crime will now go before the courts.” Indeed, and the multicultural industry may well now look for more targets!

Mr. Hyde has undoubtedly allowed himself to be used by Zionists and other so-called ‘anti-racists’ who front for them. There is no race hate crime in this affair. But there is an implied attack upon religious freedom and an attack upon political freedom. The Australia First Party will now campaign directly against Mr. Hyde. The party will campaign to expose Mr. Hyde before his electorate as a snivelling oppoent of genuine free speech.

The Australia First Party calls on all patriots and advocates of freedom of speech to support Mr. O’Connell as best they can and in accordance with his wishes. Australia First Party demands the repeal of the ‘anti vilification’ laws in Western Australia as falsely crafted thought crime legislation whose real nature is finally revealed