Attorney Edgar J. Steele, 64, was charged Friday – the same day the women were to be killed in a car crash meant to look like an accident, according to a probable-cause affidavit.

A confidential witness occasionally employed by Steele met with the FBI Wednesday and told agents Steele would pay him to murder the women.

The witness said Steele had discussed a list of people he wanted dead, including his wife and her mother, six months earlier. The witness agreed to the plot and accepted travel money, court documents say.

According to the affidavit, the witness was supposed to kill the women Friday because Steele had an alibi for that day. So agents concealed a deviceon the informant and recorded Steele planning the murders, the document said. 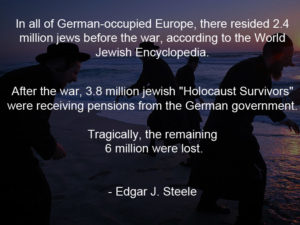 “The United States magistrate had found probable cause for the offense,” said Traci Whelan, an assistant U.S. attorney for Idaho. “As for the timing of the arrest, it was prudent, given he had apparently set a deadline for it.”

Are the Feds Framing Up Edgar Steel? 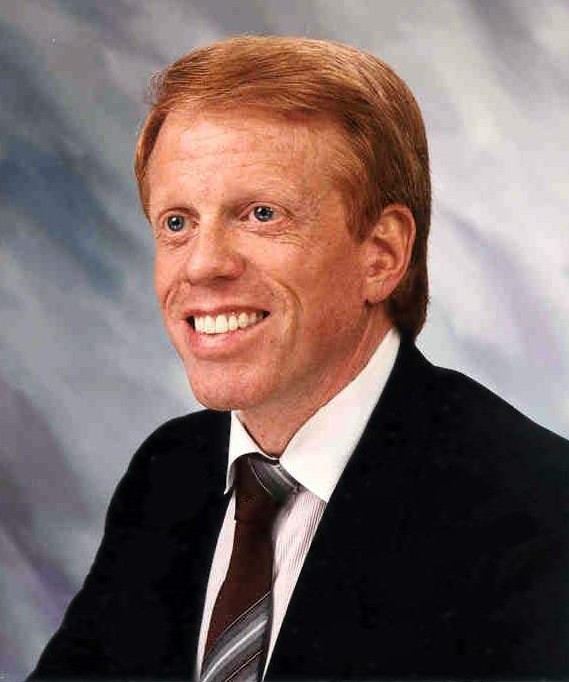 In a startling development, a long-time pro-White activist, Edgar Steele has been charged with plotting to kill his wife. An article in the Spokesman-Review notes “(Edgar) Steele pleads not guilty… (Steele) pleaded with U.S. District Court Judge Candy Dale to release him from jail before next week’s bail hearing to tend to his clients and ‘put my affairs in order.’ The judge declined and ordered Steele not to contact his mother-in-law and wife…. ‘They know me far better than the U.S. government does,’ Steele said. ‘The United States government is doing everything in its power to try to drive a wedge between me and my wife…’ Steele’s wife and son, who appeared to be in his early 20s, declined interviews but spoke with Whelan at the hearing and communicated with Steele before the no-contact order. Steele’s wife cried after the hearing and slammed her hand against a wall outside the courtroom. “I need to be allowed to talk to my husband…,’ she said to court officials.”

All the people who know Edgar Steele who have been posting on pro-White blogs like Stormfront have been emphatic that he would never try to murder his wife. Add to that Steele’s long history of law-abiding behavior, his intelligence and his devotion to an idealistic cause. Steele has been married for 25 years with no recent trouble in the marriage. There has to be a motive for a crime. A husband is not going to kill his wife unless he truly hates her.

Another consideration is Steele’s health. Steele is 64 years old and suffered a nearly fatal ruptured aorta in November. He had just gone through a long recovery and was hoping to get politically active again. Would someone with a known heart condition embark on a conspiracy to commit murder, knowing that the stress of such an undertaking could easily cause his own death too?

Perhaps the Feds are literally trying to kill Mr. Steele with this attempted frame up, knowing that his heart might not take the shock of having murder charges suddenly hurled at him.

If you had to draw up a police profile of someone who was likely to murder his wife, I suspect Edgar Steele would not even remotely qualify as a likely suspect.

The Feds claim to have damning evidence against Steel in the form of recorded conversations between Steel and a Confidential Informant. The Confidential Informant is the main government witness. It appears that the Confidential informant hired a hitman, Larry Fairfax. Fairfax was allowed to put a bomb on Mrs. Steele’s car, which seems like a bizarre violation of protocol for a police investigation and a reckless endangerment of Mrs. Steele’s life. The bomb was discovered when Mrs. Steele took her car in for an oil change shortly after Steele’s arrest. Only then was Larry Fairfax, the hitman arrested.

The government case depends almost entirely on the alleged tapes of Steele. All the evidence comes down to:

1).Testimony by a “Confidential Informant”, who could easily be a paid federal informant from day one, who befriends Steele.

2).Testimony by the hitman, Larry Fairfax, who was caught red-handed and is facing a life sentence in prison unless he makes a deal with the Feds. Fairfax is saying whatever the Feds want him to. Keep in mind that the Confidential Informant could have hired Fairfax entirely without Steele’s knowledge, and that any claims by Fairfax that Steele knew about the bomb plot could be perjured statements obtained under pressure

3).The audio tapes, which could be a sophisticated fabrication based on Steele’s Internet shows and recordings of innocent conversations Steele made in private, all spliced together to make a “murder plot” out of ordinary conversation.

Back in the early 90s, the Feds hired a informant to befriend a White separatist, Randy Weaver. The Feds spent a million dollars and over a year getting their informant to gain Weaver’s confidence. The informant talked Weaver into cutting down a shotgun barrel for him a fraction of an inch shorter than allowed by law. (Weaver probably thought he was right at the limit.)

Eventually the Feds led an armed assault on Weaver’s home shooting dead both his son and his wife. Following a long trial, Weaver was found not guilty, and a civil lawsuit got an award of $3.1 million for Randy Weaver and his three daughters.

If you’re familiar with our federal government and the extremes to which they have gone in the past to put someone politically incorrect in jail, then the possibility of the Feds faking tapes to frame up Edgar Steele becomes a lot more believable.

This may even be an outside-the-government frame up of Steele. The Confidential Informant might be an agent of Israel, and a sound lab in Tel Aviv may have doctored up the “private” recordings of the Informant with Steele. If you don’t believe our government would do that sort of a frame up, ask yourself if the Israeli government would.

“Edgar J. Steele just went through an extremely serious health problem; he almost died and spent a lot of time in the hospital.
If the charge they will come forward with is phony we can look at the whole case as an attempted murder.
Older people with extreme health problems tend to die fast in the prison environment and occasionally their death is rushed by intentional acts like the so called “diesel treatment” that Mark Lane received when he was bussed around from prison to prison for an extended period of time with a known heart condition and died.”